Nitrate (NO3) is a difficult subject for most fish keepers and remains a grey area. Many struggle to keep nitrate levels low in their aquarium. In this article, we will investigate the impact of nitrate on fish and looks at ways in which it can be prevented and removed from the aquarium.

What does nitrate do to fish?

It is generally known that nitrate stresses fish, in turn leading to a weakened immune system, lessened ability to reproduce, and, on occasion, death.

Whilst the exact physiological response to nitrate in their environment isn’t crystal clear, there are some observed effects found in fish exposed to nitrate. Most of these are centered around the composition of a fish’s blood. Changes in blood chemistry brought about by nitrate in its environment cause stress; reduce the oxygen-carrying capacity of the fish’s blood and may be at fault for damage caused to organs.

How much nitrate can fish tolerate?

There isn’t really an exact figure although the one thing you can know for sure is that it varies per species. Any given species, whilst it may or may not be hardy, has adapted over many years to its environment and exposing it to anything it wouldn’t normally encounter in its natural habitat could spell disaster.

High pollutant levels are rarely found in naturally occurring waterways such as rivers and lakes. Species such as African Cichlids are used to water in which pollutants are diluted in such a vast quantity of water that they practically cease to exist. This means that adding them to an aquarium rich in nitrate will pose a shock, to say the least. Other species may be more tolerant.

The article Nitrate toxicity to aquatic animals: a review with new data for freshwater invertebrates, written by Julio A. Camargo, Alvaro Alonso, and Annabella Salamanca and published in Chemosphere, concludes that a safe level should fall below 10 mg/l of NO3-N, which is equal to 44.3 ppm on many test kits; the World Health Organization’s standard is 50 ppm. It also states that anything as low as 2 mg/l of NO3-N (just below 9 ppm nitrate) may be required for more sensitive invertebrates.

Whilst this report does suggest a figure, every species is different and the effect nitrate has on aquatic creatures isn’t at all clear. What is evident, however, is the need to keep nitrate levels low.

Preventing nitrate in the aquarium

Reducing nitrate is a two-part process: there’s prevention and removal. It can often be just as easy to prevent something as it is to rectify its consequences. There are various ways in which nitrate can be prevented: 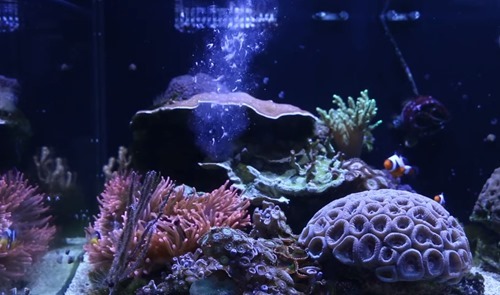 Overfeeding leads to more waste materials and in turn results in greater production of ammonia, nitrite, and nitrate. Simple measures such as observing fish when you are feeding them, netting out uneaten food, and adapting the amount you feed them accordingly will actually have a big impact on the amount of waste in your aquarium. Waste can only exist if you put the materials in there in the first place.

Use live food in addition to your normal dry mix as this remains alive in your tank and doesn’t lose its nutritional content into the water like flake food.

Detritus has no place in any healthy aquarium and should be removed with regular maintenance. Failing to vacuum or siphon your substrate represents the kind of laziness that indicates you aren’t fit to keep live creatures.

Fish excrement, uneaten food, and decaying plant material will eventually increase your nitrate level. You can use a length of pipe or a siphon to carry out water changes, or a battery-operated vacuum if you wish to keep the water in your tank.

Adding too many fish for a given aquarium size increases the bioload and waste production. Similarly, adding large fish will have a negative effect on waste production. You should also be wary that some fish produce more excrement than others, particularly vegetarians that need to graze most of the time to satisfy their dietary requirements. 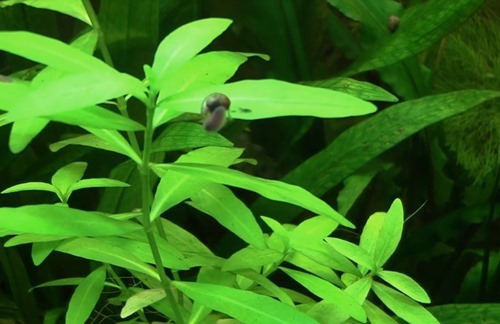 Nitrate is one of the key nutrients needed by plants and as such can be controlled to a certain extent by adding fast-growing plants to your aquarium. Some plants can grow over an inch or two every day and are perfect for lowering nitrate. Fast-growing and hardy plants include Hygrophila polysperma or Cabomba. For maximum effect, add co2, high lighting, and a decent fertilizer to promote maximum plant growth.

This is really quite simple: you dilute the nitrate with some new water. However, do be careful to use water low in nitrate, preferably having been passed through an RO unit beforehand. Tap water can contain up to 50 mg/l of nitrate. At 50 mg/l, a water change using untreated tap water could quite easily maintain an unacceptable level of nitrate for some sensitive fish.

There are some filter media products out there, though not that many, that claim they help reduce nitrate in one of two ways. Some products are sponges containing microbes which seem to have impressed some fish keepers looking at various forums but also seem fairly limited. Other products work by having a medium that’s porous yet promotes anaerobic conditions at the innermost part of each piece of media. This, to some extend, facilitates denitrification. 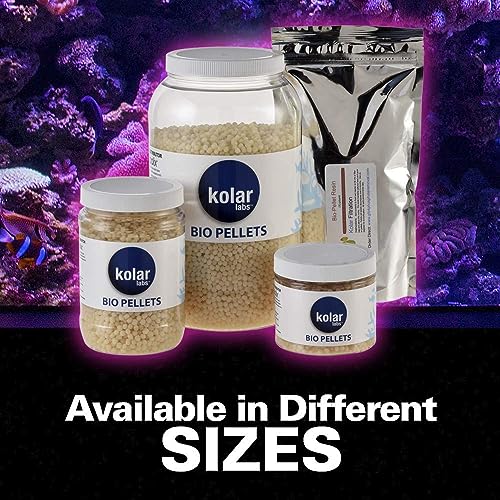 These fall into the dubious category as many people are totally against using them. However, some claim to aid denitrification and maintain low nitrate levels. Whether you are or aren’t against this kind of product, there are positive experiences to be found from people who have had success with them and they aren’t all just chemicals added to the tank.

Some products act as a top-up for anaerobic bacteria and should be used regularly; others are more like resin pouches that need constant recharging. Of course, there are those amongst us who will always prefer to show their skill as an aquarist and naturally balance their aquarium – credit has to go to those that succeed in doing so.